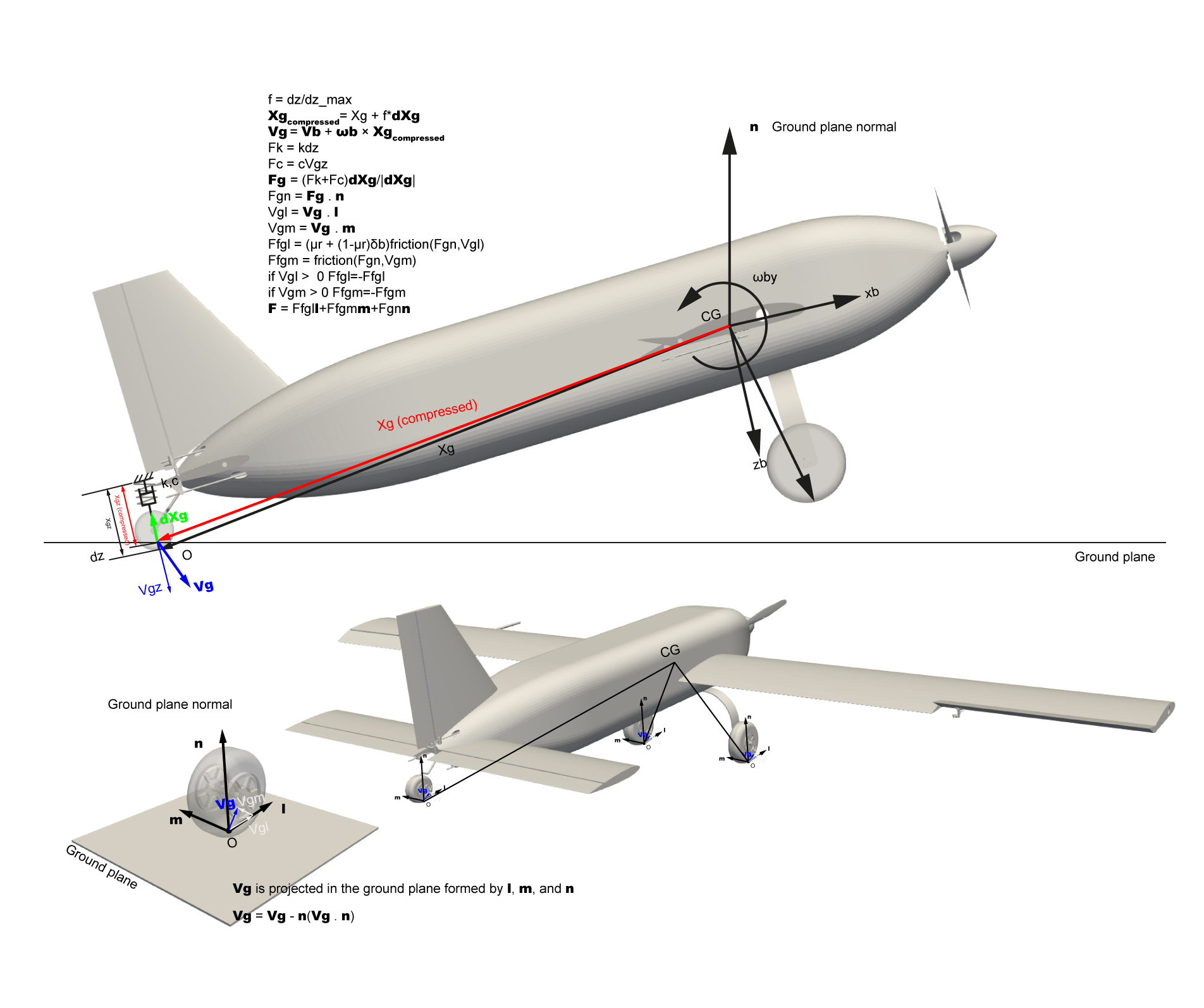 The l-and-m components (Vgl and Vgm) of the landing gear velocity Vgb are obtained by taking the respective dot products. The normal component of the gear force Fgn is obtained from the dot product of the gear force Fgb and the ground plane normal nb. The friction force components along the l-and-m axes (Ffgl and Ffgm) are calculated from the following equations: where friction(Fn,V) is a function calculating the friction.

If the Vgl and Vgm velocity components are positive, the friction force components are multiplied by -1.0. The total gear force is obtained from Fb=Ffgllb+Ffgmmb+Fgnnb.

Values for the stiffness and damping coefficients k and c are obtained from:

where m is the aircraft mass, and dz_max is the maximum landing gear deflection. The number 10 is a multiplier (i.e. the gear will deflect dz_max under 10-times the aircraft weight). Both dz_max and 10 need to be adjusted depending on the aircraft type/model.

Below is a Simulink model implementing the ground interaction model using C++ S-functions and the 6DOF ECEF Equations of Motion block. The model and the mex file of the C++ S-function can be obtained from: 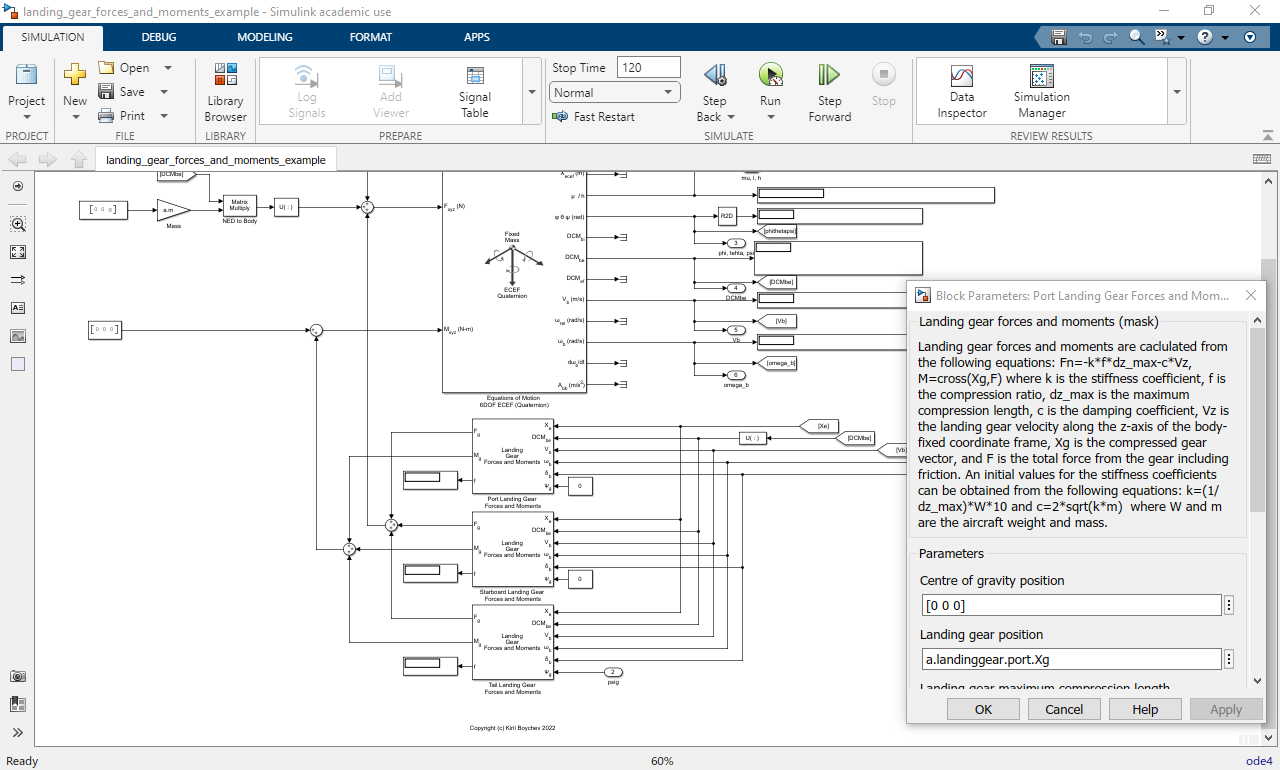